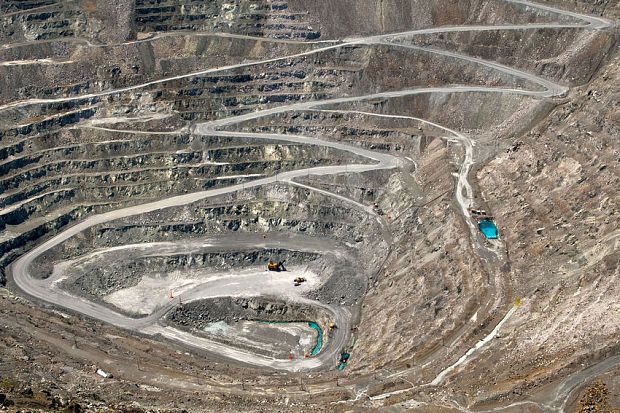 Like numerous other businesses across the country, a small, long-established Hertfordshire building firm has been threatened with bankruptcy over events which allegedly took place 50 years ago – all because of a controversial judgment by the Supreme Court in 2011 which, as I warned at the time, was based on a disastrous scientific error. Based on no scientific evidence, the judges ruled in effect that all cases of mesothelioma, a nasty form of cancer, are caused by exposure to “asbestos”.
Had the judges heard any proper scientific evidence, they would firstly have known that up to 25 per cent of mesotheliomas occur naturally. But they would also have learnt the vital distinction between two very different minerals which are both loosely and unscientifically known as “asbestos”.

The “blue” and “brown” forms, fibrous iron silicates, can cause potentially lethal lung damage. But 90 per cent of “asbestos products” consist of cement bonded with “white asbestos”, a magnesium silicate, the soft fibres of which soon dissolve in the lungs and cannot cause mesothelioma.

By recklessly lumping together all types of “asbestos”, the Supreme Court judges set in train just the chain of events I warned of in 2011. For claims lawyers it promised a field day. They could begin advertising for anyone with a suspected mesothelioma who could be quizzed as to where they might ever have been exposed to asbestos at work or even at their schools – to use the Supreme Court ruling as the basis for an automatic compensation claim.

No medical proof is required to show even that the cancer is genuinely a mesothelioma, let alone that it was caused by asbestos (to establish this by analysis of fibres in the lung is very costly). Under the 2014 Mesothelioma Act, the Government further boosted the claims industry by setting up a £300 million compensation fund, paid for by insurance companies. But even this is paltry compared with City estimates that total claims may amount to £5 billion. And the main beneficiaries of all this, as in America, where a similar system was famously dubbed the “$200 billion miscarriage of justice”, are not so much the genuine victims as the claims lawyers themselves.

Comparisons have been drawn with the scandal a decade ago involving a similar government-backed scheme to compensate miners for industrial diseases, when it came to light that one firm of solicitors had earned £115 million in fees for processing 100,000 claims, while most of the miners received less than £1,000.

What too often happens is typified by the plight of the Hertfordshire building firm. The claims lawyers, supported by the insurers, target any businesses where their client could have been in contact with any form of asbestos, or even their schools, to sue them directly. In the Hertfordshire case, the victim, who has just died of an alleged mesothelioma, claimed to have worked several times in the Sixties with guttering and downpipes made of asbestos cement.
When the firm’s owner was sued for £300,000, which would put him out of business, he contacted John Bridle of Asbestos Watchdog, arguably the country’s most experienced practical expert on asbestos (also supported by the leading independent asbestos scientists), who has long fought to expose the various scams which exploit the confusion between the two different minerals.

Earlier this year the firm’s lawyers, on Bridle’s advice, demanded clear medical evidence of a link between the man’s disease and an asbestos product named in the claim, which has never in fact existed. Since then the claims lawyers have gone quiet.

As Bridle says: “This has happened in all the similar cases I have been involved in, only one of which I could see was genuine, when I immediately advised that compensation should be paid. The real victims of this racket are the genuine cases who may well receive less because, thanks to that Supreme Court ruling, they are being muddled in with the very much larger number of claims which are wholly spurious and never put to any proper evidential test.”

WHO Exposed for Propaganda

Eternit Maintains Focus on Its Investment Plan in Q3 of 2014