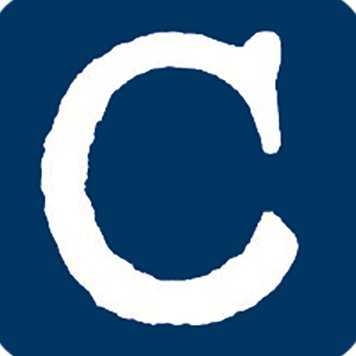 MANHATTAN (CN) — Resentencing former New York Assembly Speaker Sheldon Silver to six and a half years in prison, a federal judge refused Monday to sideline the Democrat’s corruption punishment due to the Covid-19 threat.

“The time has come for Mr. Silver to pay the piper,” U.S. District Judge Valerie Caproni said during a 45-minute sentencing hearing held in person at the Manhattan courthouse.

Once one of New York’s most powerful politicians, Silver, 76, has remained out of custody on $200,000 bail throughout his two trials, two convictions and continuing appeals.

The Obama-appointed Caproni had handed Silver his first sentence, 12 years, back in 2016. That verdict was overturned, however, in the wake of a Supreme Court precedent weakening federal anti-bribery statutes.

Convicted again at retrial in the Southern District of New York, the disgraced politician was sentenced to a seven-year term in 2018.

Federal prosecutors asked U.S. District Judge Caproni to reimpose the seven-year sentence or substantially similar one, along with reordering a hefty fine.

“His time has come, he needs to go to jail,” the judge said at Silver’s resentencing Monday, trimming just six months from his previous sentence.

The judge ordered Silver to serve 78 months on each of the four counts to be served concurrently, along with a $250,000 fine on each count to paid consecutively.

Assistant U.S. Attorney Daniel Charles Richenthal said at the hearing that the government does not believe “there are material changes since the last sentencing.

Citing Silver’s advanced age and deteriorating health during the time of the Covid-19 pandemic, Silver’s attorneys asked the judge for noncustodial sentence comprised of home confinement and a rigorous community service requirement, in addition to fines and forfeiture.

“Mr. Silver is undeniably at-risk,” his attorney James P. Loonam wrote in a sentencing letter in June. “His advanced age and preexisting health conditions place him among the most vulnerable to suffering severe complications from Covid-19, including death.”

The Bureau of Prisons “simply cannot adequately assure” Silver’s safety during a term of incarceration, Loonam argued. “A single day in a BOP facility could expose him to contracting the virus from a seemingly healthy staff member or inmate,” his sentencing submission continued.

She said a nonincarceration sentence would fail to recognize the serious of the offenses and would create unwarranted disparities between similarly situated defendants.

Silver had been a state legislator for 21 years, a year shy of the record in New York, when he was charged in 2015 with soliciting $5 million in bribes through two no-show jobs at law firms.

Federal prosecutors alleged that the Democratic speaker had abused his office since late 2002 to steer state funds to a Columbia University researcher, Robert Taub, who referred his mesothelioma patients to Weitz & Luxenberg, a law firm specializing in asbestos-related claims. Weitz & Luxenberg, in turn, paid more than $3 million in referral fees to Silver, who held a ceremonial position at the firm.

The bribery case had initially been a slam dunk for federal prosecutors —Silver was tried, convicted and sentenced to 12 years in prison — until an unrelated Supreme Court reversal former Virginia Governor Bob McDonnell stiffened the threshold for conviction, leading to Silver’s first Second Circuit reversal.

Silver spoke briefly for five minutes at the sentencing hearing, admitting that his misuse of his state office was “improper, selfish and ethically indefensible”

“It undermined the trust of the people of the state of New York,” he said. “I want to be clear, what I did was wrong.”

The Manhattan federal courthouse reopened to the public on July 6 following a nearly four-month period of remote hearings due to the Covid-19 global pandemic.

Silver’s resentencing hearing, one of the first major proceedings to take place at the courthouse in person since mid-March, was sparsely attended.