West Palm Beach, FLAn asbestosis lawsuit that originally found for the plaintiff but was overturned on appeal, has seen the appellate ruling upheld after the Fourth District Court of Appeal for the State of Florida refused to revisit its ruling. 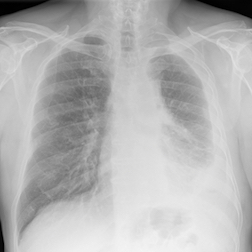 Asbestosis Lawsuit Plaintiff Hopes for a New Day with New TrialThus, any hope for asbestosis compensation for the plaintiff will hinge on the outcome of a new trial ordered for defendant R. J. Reynolds. A co-defendant, Crane Co. was granted a verdict’s entry.

The original asbestosis claim was filed by plaintiff Richard DeLisle, a laborer diagnosed with asbestos mesothelioma, a form of asbestosis disease. The plaintiff charged that his adverse health problems hinged on two scenarios: working with gaskets manufactured by Crane and alleged to contain asbestos, and a smoking habit involving Kent cigarettes, a brand manufactured by R.J. Reynolds Tobacco Co. The allegation was that Kent cigarettes were manufactured with filters that contained asbestos. DeLisle claimed in his asbestosis lawsuit that he smoked Kent brand cigarettes through the early, to mid-1950s.

A lower court awarded $8 million in asbestosis compensation to DeLisle. R.J. Reynolds and Crane appealed the verdict, and this past September the Florida appellate court overturned the lower court’s ruling. Earlier this month, the same court refused to revisit its original ruling of September 14. Crane can now move beyond the accusations while R.J. Reynolds will face a new trial, allowing for some hope for the asbestosis lung disease victim to realize some financial compensation.

There were numerous testimonies by expert witnesses in the original trial, according to court records. However, the appellate court determined that for the majority of expert testimony, there was insufficient data to support various claims made by the expert witnesses.

One expert witness, identified as Dr. James Dahlgren and a medical doctor with a specialty in occupational and environmental medicine, had testified that chrysotile asbestos allegedly associated with the gaskets manufactured by Crane Co. had contributed to the plaintiff’s asbestosis disease.

While Dahlgren’s testimony satisfied the lower court, the appellate court found insufficiencies. “There was no data presented at the hearing showing that chrysotile asbestos in low levels is associated with mesothelioma. Indeed, the other experts testifying for DeLisle all rejected such an association,” the appellate court said. “Dr. Dahlgren’s testimony was more of the nature of ipse dixit, i.e., that it should be reliable merely because he is an expert. This is insufficient to satisfy Daubert.” (Daubert v. Merrell Dow Pharmaceuticals, 509 US 579 of 1993).

The original testimony of two other expert witnesses were dismissed by the appellate court in similar fashion, given a lack of data by which to verify, or disprove claims made by the expert witnesses.

The plaintiff’s asbestos lawyer attempted to have the appellate court revisit their ruling of September 14 through an en banc rehearing, but the appellate court refused. The Court did note, however, in its subsequent ruling that in its view the $8 million originally awarded to the plaintiff was “substantially higher” than any previous award for a mesothelioma, or asbestosis victim.

The plaintiff’s asbestosis lawsuit lives on however, with a new trial ordered for R.J. Reynolds. The case is Crane et al. v. DeLisle et al., Case Numbers 4D13-4351 and 4D14-146, in the Fourth District Court of Appeal of the State of Florida.

International Alliance of Trade Union Organisations «Chrysotile»: Chrysotile is safe under controlled use