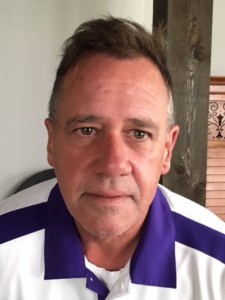 Asbestos trust funds set up to provide financial support for people suffering from asbestos-related illnesses are being sapped by bogus claims and frivolous lawsuits. The same shady cash grabs that are taking money from deserving asbestos victims are also threatening businesses like mine.

Ambulance-chasing lawyers are teaming up with people who may or may not have had contact with asbestos to drain the trust funds dry.

These trusts are largely financed by companies driven to bankruptcy by asbestos litigation. One day, as a result of the increasing number of phony claims, the trust funds will no longer have money to pay legitimate claimants battling mesothelioma and other asbestos-related ailments.

Crooks are defrauding the asbestos trust system by filing multiple claims for the same illness in many different trust funds. Others are swindling the system by falsely claiming they worked at a number of companies at the same time.

Unfortunately, the system is set up in such a way that these duplicate claims are never caught. There is currently no way for administrators of one claim to determine if a con artist has filed the same claim in another trust fund.

This lack of accountability encourages frivolous asbestos-related lawsuits since there is an increased chance of receiving a payout, even if the case is as flimsy as a rope made of wet toilet paper. It’s one of the reasons my business, Monroe Rubber and Gasket, has been named in more than 100 asbestos suits by over 3,000 plaintiffs – despite the fact that the products we sell are completely safe.

Almost 15 years ago, my business ordered a material containing encapsulated asbestos for customers who requested it. A series of tests proved that no harmful dust was ever released by the material, but simply ordering the product led to a tidal wave of lawsuits against Monroe Rubber & Gasket Co. Inc.

While most of these suits have been dismissed without merit, I’ve spent thousands of dollars traveling to Baton Rouge and Washington, D.C., trying to get lawmakers to fix this broken system.

My insurance company has spent more than $2 million defending these suits and that money is about to run out. If just one of these lawsuits succeeds, it could bankrupt the business and leave our 25 employees with no way to take care of their families.

Several wise members of Congress came up with a solution to prevent bogus claims against asbestos trust funds, while ensuring that those with legitimate asbestos-related medical conditions are properly compensated. The proposal would also likely reduce the number of frivolous lawsuits businesses like mine have to face.

The bill, known as the Furthering Asbestos Claims Transparency (FACT) Act, simply injects transparency into a secretive and unaccountable system. If passed, the FACT Act will create quarterly disclosure reports for asbestos trust funds that will catch people who attempt to double-dip or defraud the funds. This legislation would expose people cheating the system, while protecting the privacy of those legitimately drawing financial support from the trusts.

The FACT Act has already passed in the House of Representatives and it is now being considered by the Senate Judiciary Committee, where Sen. John Kennedy from here in Louisiana will be a key vote in determining whether the legislation becomes the law of the land.

Sen. Kennedy and the rest of the Senate Judiciary Committee owe it to those suffering with asbestos-related illnesses, as well as the small business owners who are the lifeblood of America’s economy, to pass the FACT Act out of committee.

The sooner the FACT Act is signed into law, the sooner bogus asbestos claims will become a thing of the past.

Mike Carter is owner of Monroe Rubber & Gasket Co. Inc., a small family business that has operated in Monroe since 1975.